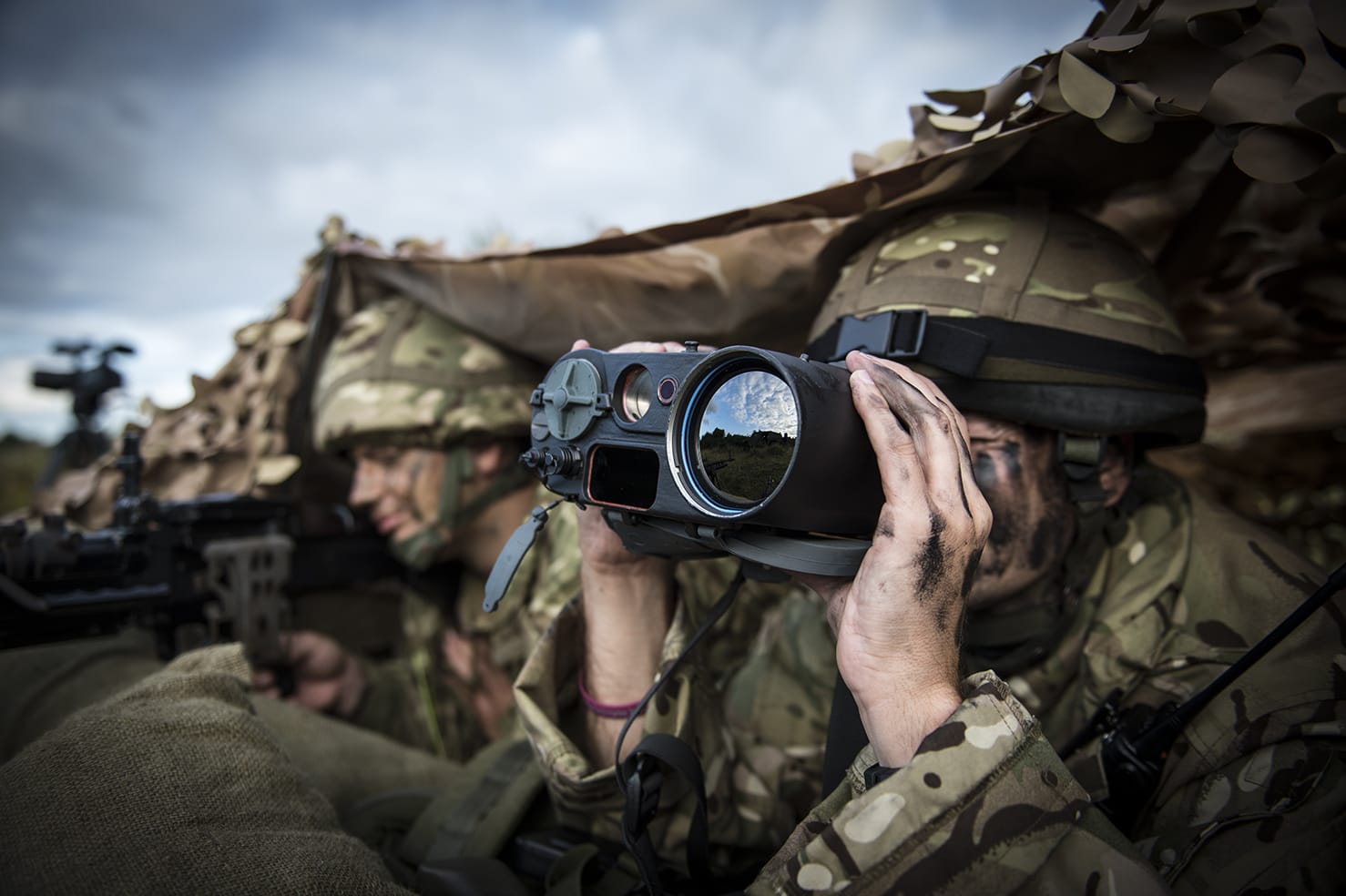 SOPHIE Lite, Thales’s lightweight hand-held tactical-range target locator, weighs in at well under 2 kg and can fit into the glove compartment of a passenger vehicle, opening up new possibilities for civilian security teams and mobile perimeter guards, as well as military users.

Soldiers manning an isolated army checkpoint on a dark and cloudy night, spot an individual acting suspiciously near a car stopped several hundred metres away. Their first response is to check out the scene using SOPHIE Lite, with its target detection, identification and location capabilities. The device immediately provides a high-resolution thermal image of a man with a gun moving away from the vehicle. The soldiers are able to take immediate tactical action to defend themselves and protect those around them.

A similar scenario could be played out in a slew of other use cases, including forward observation/air control, covert surveillance, asset protection and border security. The common factor is SOPHIE Lite’s ability to quickly detect, identify and locate concealed and moving targets at tactical ranges, day and night.

You’re only as good as your user interface

Developers and users of hi-tech hardware for use in the field are only too aware that any device is only as effective as its user interface allows it to be. SOPHIE Lite – light enough to be worn around the neck and now available in a binocular version that’s even more comfortable for extended use – boasts an intuitive user interface for video and image recording that maximizes operator effectiveness in dangerous and pressurized situations.

This ease of use – combined with the ultra-compact format, as well as the fast start-up and silent operation capabilities provided by the highly reliable uncooled detector – makes for a “grab-and-go” functionality that is just the ticket for civil and military users, including our checkpoint platoon, involved in fast-moving and/or covert operations. Users can therefor deploy SOPHIE Lite rapidly to protect themselves and others, and defend key assets, without wasting precious time fumbling with controls or waiting for the device to power up.

Continuous improvement
Today’s SOPHIE Lite product owes an enormous amount to Thales’s continuous efforts to meet customer needs, notably by reducing the device’s weight to a class-leading 1.6kg. Achieving such a low weight without compromising performance makes life easier and safer for the soldiers and security personnel who carry the camera as part of their standard kit.

Digital technologies were vital in helping to reduce weight and enhance the image delivered to the user by the high-resolution thermal imager and the (now “all-digital”) daytime TV sensor.

SOPHIE Lite can be used as a standalone device to provide target location data for individuals and teams in the field, or easily integrated into an information management system to help protect forces and teams deployed over a wider area.
Other features that help users identify/locate targets and complete their missions safely include image fusion capability (which lets the viewer exposea target), laser range finder, digital compass and GPS.

SOPHIE Lite’s fully integrated suite of sensors in an ultra-compact package packs a powerful punch in terms of performance, functionality and ease of use for hand-held surveillance and targeting operations in the civil and military arenas – particularly when one remembers it can be worn around the neck, and stored in a car’s glove compartment, making life easier and safer for users.

SOPHIE Lite is part of the SOPHIE family of hand-held thermal imagers and target locators, thousands of which are in service with customers around the world. Users include infantry, Special Forces and logistics support teams.